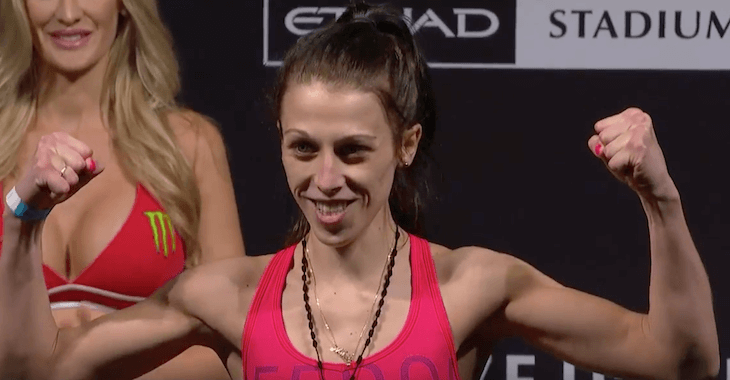 In her first title defense, Esparza faced Joanna Jedrzejczyk, who put on a nearly flawless performance to claim the UFC women’s strawweight championship.

According to Jedrzejczyk, who spoke to MMARocks.pl, she is “99 percent” likely to coach on season 23 of The Ultimate Fighter.

In addition, Tecia Torres revealed during a Q&A session that she heard the same thing.

“I hear that Claudia [Gadelha] and Joanna [Jedrzejczyk] are probably the coaches. The girls will have to fight to get into the house.”

How would you like to see Gadelha and Jedrzejczyk coach on TUF? Sound off below!