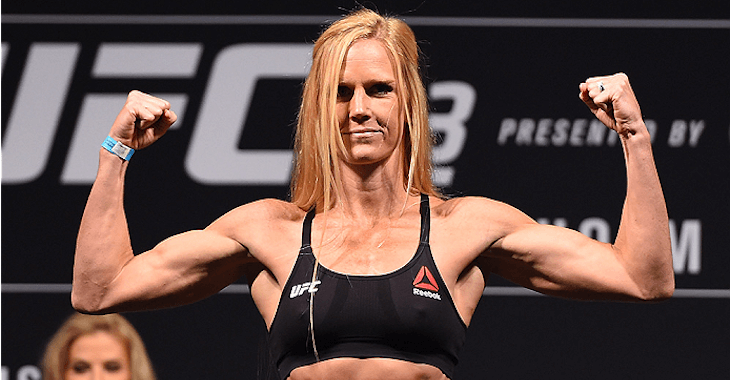 Earlier this week Ronda Rousey opened up about her loss to Holly Holm, and her intentions of having a rematch with Holm once she recovers from the tooth and lip injuries sustained in the fight.

With that being said, many fans were hopeful of a UFC 200 fight in July, however according to Holm’s manager, Lenny Fresquez, that may not be possible given the extent of Rousey’s injuries.

He spoke to the LA Times:

“I’m not sure Ronda will be ready for a July fight. She took a severe beating, and I don’t think it’s in her best interest to take the next fight so fast. They told me she’s been ready and cleared, but …”

Rather than wait on a fight with Rousey, Holm would prefer to opt to fight Miesha Tate.

“We’d like to fight Miesha. We understand there are risks, but Holly’s a dominant champion, and she wants to fight the best. Right now, Miesha is the best.”

Do you think the UFC will have Holm fight Tate and risk potentially missing out on the hype of a rematch between Rousey and Holm? Sound off below!