Hendo on Bones: I respect him as a fighter but not as a person 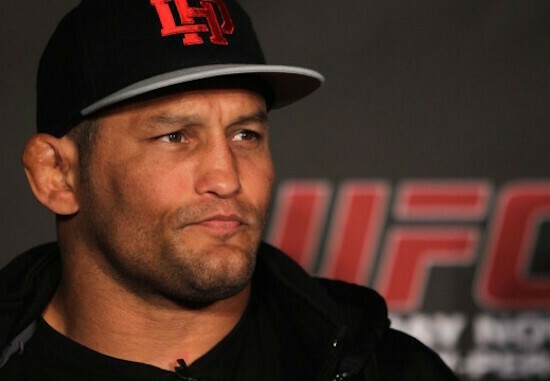 Prior to his bout with Daniel Cormier at last weekend’s UFC 182 event in Las Vegas, current UFC light heavyweight champion Jon “Bones” Jones told the media that he was not impressed by DC’s most recent win over a “50-60” year-old Dan Henderson.

Former Strikeforce light heavyweight champion, Dan Henderson, was a guest on Monday’s edition of The MMA Hour with Ariel Helwani, where he stated that JBJ’s comments didn’t bother him:

“He is who he is and it doesn’t reflect good upon him when he does things like that,” Henderson said on Monday’s edition of The MMA Hour with Ariel Helwani. “It doesn’t bother me at all. I know who I am and I know how I portray myself. I don’t have a whole lot of respect for him as a person.”

“Hendo” and “Bones” were supposed to clash at UFC 151 in 2012, but Henderson suffered a knee injury and the event was eventually cancelled when Jones refused to fight Chael Sonnen.

“I said it a couple years ago,” Henderson said. “He’s just not very genuine. He portrays himself differently than what he really is and I think that’s where people have the problem with him. If he didn’t act like someone he wasn’t, I don’t think anybody would have a problem.”

While Henderson may not respect Jones as a person, he was quick to acknowledge his obvious talents as a fighter:

“I’ve always respected him as a fighter,” Henderson said. “I think that he’s got great skills in every part of the game. I thought DC’s wrestling would make a difference in that fight and he didn’t really utilize it the way he’s capable of. Jones did a great job defending it and putting DC on his back a couple of times.”

“Hendo” will return to the octagon later this month in the co-main event “UFC on FOX 14” in Sweden, where he will meet another former Strikeforce champion Gegard Mousasi in a middleweight showdown. Although the 44-year-old has lost 4 of his past five fights, he says retirement has not crossed his mind:

“I never put that kind of pressure on myself,” Henderson said. “Knowing that no matter what, win or lose, I’m not going anywhere. I don’t think that. I don’t ever think I’m gonna lose either. I’m perfectly capable of winning this fight and know what I need to do to get it done. Training is right on track to make that possible.”