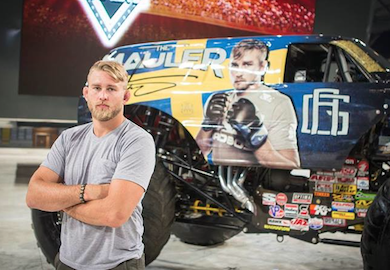 “What can I say? I think it’s childish at this level. We are all professional and must be shown by example and represent the sport as best we can. Just think it’s ridiculous.”

Gustafsson, who was originally scheduled to fight Jon Jones discussed the disappointment of pulling out of the fight due to injury.

“I really want to have a title, have a chance again on the belt. That’s where my focus lies. It is my goal but right now my thoughts on becoming as strong as possible.

“I was very disappointed. A match against Jon Jones is something I really want. Everyone knows, everyone wants to see the game. It was certainly a setback.”

In a recent interview Alexander Gustafsson told Swedish TV SVT Sport, that he thinks this week’s brawl between Jones and Cormier was childish.