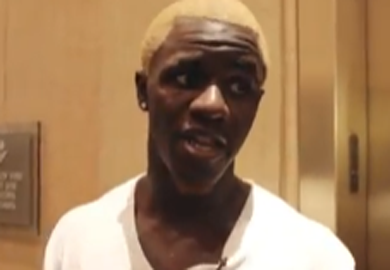 “I was happy. I mean, I gave the UFC nine years. I honestly gave them one bad performance which was the London fight. I got two busted ribs, a busted hand, but I didn’t give any excuses. My ribs are still messed up. I got a busted hand, but my injuries are my problem… For me, honestly, I thought it was the best thing that could happen to me at this point in my career. They gave me a platform for a lot of organizations, and a lot of people want me right now.”

“…I had a bad performance, my fault, my bad. I’m the one out there doing do my job, I’m the one ending up fighting injured, but I’ll take that. Michael put on a great fight, he beat me that night. I had a horrible performance. But, did I think I was going to get released? No, I had no idea. I thought I was going to be put on the shelf.”

“I was actually happy because I felt like, I could sign with another company, and that company is gonna pay me way more than I make with UFC.”

In a recent interview with ‘The MMA Hour’ former UFC lightweight, Melvin Guillard, explained his happiness with his UFC release.

Think he will get picked up by a Bellator or WSOF and get a pay increase?