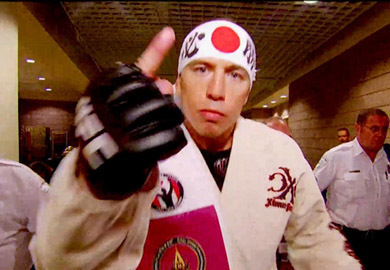 “I’m already training. I train all the time. I heard Hendricks say ‘Oh, when he’s doing the movie, I’ll be training.’ Well, I have some news for him, I’m already training now. I trained two, three days after the (Nick Diaz) fight, I was in the gym training. The movie has nothing to to with the end of my career. I love what I do right now.”

While working on the promotion of his new book, UFC welterweight champion, GSP talked to the Canadian press and let them know he is already training for his upcoming fight against Johny Hendricks.