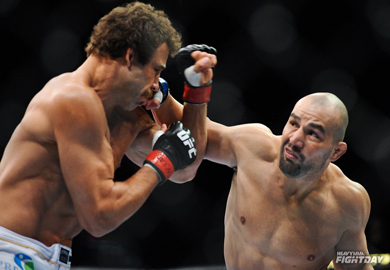 “I’ll have to talk to me, man (laughs). I hope it is me, but at the moment I’m doing some fights to get more experience. I learned a lot with this fight against Maldonado. Even with the victory, learned a lot. I have to learn more and gain experience to enter the Octagon [against Jones]. One day, I will get there. I’m going to work, doing my best to get there. Whatever the UFC wants. Rampage is an idol of the sport and good when he trains. It is a fight that will be hard, but I will be ready for him. I’m always ready to fight and I will beat this guy. He is talking about he will destroy me, fighting with two guys in the night. He lost to Forrest Griffin and talking he will fight with Griffin and me on the same night? So I say, this guy is clueless.”