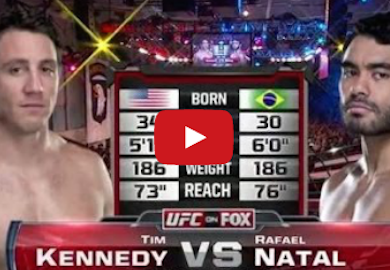 Rafael Natal and Tim Kennedy put their three-fight winning streaks on the line at the UFC Fight for the Troops in Ft. Campbell, KY. Both fights exchanged vicious kicks early one, but it was a big left-hand that tilted the bout in Kennedy’s favor.