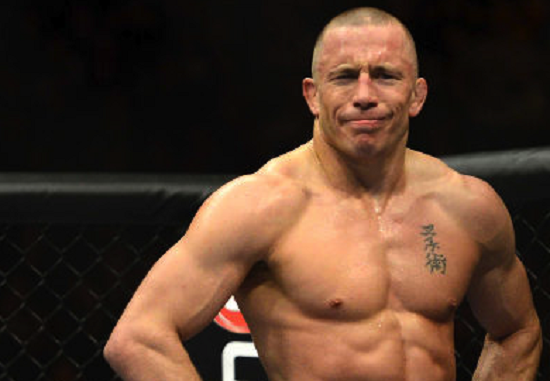 Former UFC fighter Frank Trigg does not believe that GSP has what it takes to hang with the elite of today’s UFC welterweight division.

Trigg was a recent guest on Submission Radio, where he shot down the idea of St. Pierre being able to make another run at the title. Check it out:

“GSP a year and half ago and Robbie Lawler now, GSP wins every single time without a doubt. It’s not even a question. Anybody that knows the sport knows that.”

“The problem is GSP is out, and him trying to come back after his layoff, he’s crap. He’ll be lucky honestly, ’cause of the way the welterweight division, because of how tightly skewed it is, how tight that division is, GSP would be lucky to break into the top five when he comes back.”

“The reality of it is, GSP is not that good anymore. Johny Hendricks tested him as far as he wanted to be pushed and almost broke him in half; and personally I think that fight should have been a draw as opposed to GSP winning that fight when him and Hendricks fought. But he realized ‘hey I’m really getting to the end of my rope. I’m really getting to the end of my athletic career’. Why go out and have a win/loss, like my last five fights or 3-2. Why not go out on this great record and be the best champion the UFC has ever had, and he can walk away.”

“Rush” defeated Trigg at UFC 54 in August of 2005 by way of first-round submission (rear-naked choke).

What do you make of Trigg’s most recent statements? Sound off Penn Nation!