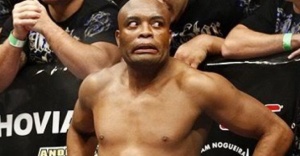 UFC Fight Night 83 will feature former champ Anderson “The Spider” Silva against Michael “The Count” Bisping in a main-event clash that Silva feels will get him back to a title shot if victorious.

Silva is well aware of his position with a victory but more aware that Chris Weidman is no longer the man that stands in between him and the gold.

“I would love this fight to be in Brazil, but it’s going to be a pleasure to come back and face Michael Bisping at the sold out O2 Arena in London. It’s been a while since I fought in London for the last time, and I’m really excited to be back. I believe this is going to be a big test so I can come back and go after a title shot.”

Does a win against Michael “The Count” Bisping warrant a title shot for the former middleweight champion? Would Luke Rockhold pose a threat to Silv’s chances of reuniting with the belt?