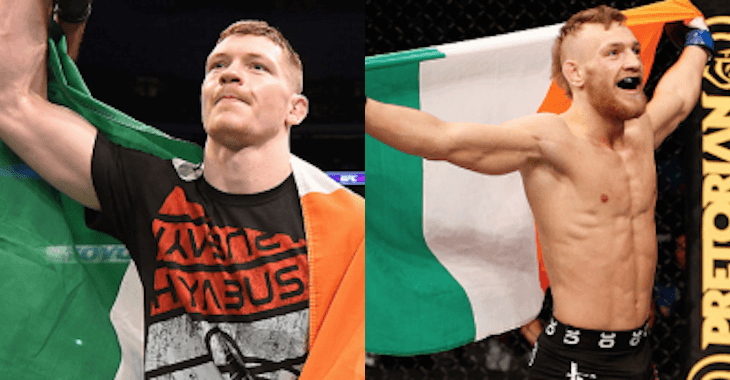 It feels like behind all the talk between Conor McGregor and Jose Aldo, Donald Cerrone, Rafael dos Anjos and every other fighter he’s ever called out, there’s this massive fight brewing between Conor and Joe Duffy, the last man to beat McGregor.

Why has it taken a backseat? Mostly because Duffy has decided not to try and make a name out of one of his past opponents, but instead show what he can do in the octagon. He’s kept relatively quiet while looking amazing in his past few fights.

However, everyone knows that fight is in the back of his mind somewhere and on a recent episode of The MMA Hour, Duffy finally talked about the potential matchup.

“Nothing Conor says can get under my skin. If it was somebody who I cared about, like my family, saying this, yeah maybe. But Conor’s opinion doesn’t matter to me. He can say what he wants, and it doesn’t change the way I would fight him. It doesn’t change the fact that I think I would still beat him. None of that stuff changes. None of that will ever get under my skin.”

“I believe I can take Conor out just as quickly.Everyone notices Conor has greatly improved, but so am I. Everything Conor does, I feel I can beat him at. He uses more kicks, I’ve been doing taekwondo since I was five. There’s not an area I feel he can beat me.”