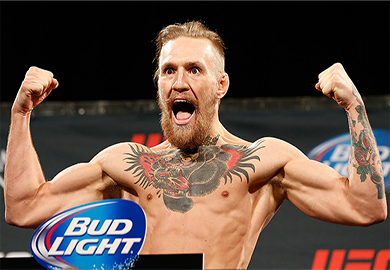 The guys over at UFC Fight Pass have released some key stats from the subscription based UFC platform, regarding viewership and content popularity.

Kevin Iole of Yahoo! Sports was the man lucky enough to open the book, here’s what he found: (Via Yahoo! Sports)

The top 10, which White said he was not aware of until a reporter read him the list, did not surprise the UFC president. Only three of McGregor’s fights were on FightPass at the time of the counting since UFC 178 was not up because of a pay-per-view hold. Two of those three made the list.

“I’ve been telling everyone this, but maybe this will give me evidence to back up what I’ve been saying, and that is that Conor McGregor is a huge star,” White said. “People are interested in what he’s doing, they want to see him fight and they’re going to FightPass to check him out.”

McGregor is also the most searched fighter on FightPass.

Joining him on that list are many of the UFC’s elite names:

The biggest surprise on that list is not only that McGregor sits atop it, but that Rousey is as low as she is on the top 10 and that big names such as Royce Gracie, Chuck Liddell, Randy Couture and Tito Ortiz aren’t a part of it.

“It’s funny how fast things have changed,” White said of the absence of many of the UFC’s biggest names from the most-searched list.

When it comes to non-UFC bouts, it’s no surprise that the names of Emelianenko and Diaz are littered throughout the top 10.

The full list of most-watched non-UFC fights is as follows:

The UFC has acquired fight footage from numerous promotions which it has made available via FightPass. One of its most recent acquisitions in that regard is the all-women’s Invicta promotion and it has clearly been a wise move.

All eight Invicta shows appear in the top 10 of the most-watched non-UFC events.

The full list of most-watched non-UFC cards is as follows: