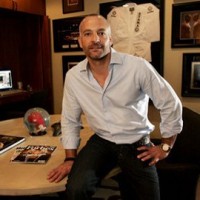 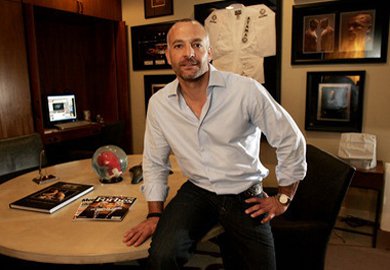 The UFC has its fair share of memorable moments unforgettable icons. But where do these historic fights stack up in the eyes of UFC owner, Lorenzo Fertitta? Dave Deibert of Postmedia News shared his top ten list with Fertitta at UFC 148 to get his opinion on these 10 historic fights that helped define the greatest sport in the world.

Fertitta: “Anybody who watched that fight I think saw the transformation of the sport being from athletes that maybe had one discipline and were very onedimensional to full-fledged mixed martial artists.”

Fertitta: “That fight was a culmination really of the buildup of PRIDE (Jackson) and UFC (Liddell). You had many years of fans, the hardcore fans, arguing which promotion was better, which fighters were better.”

Fertitta: “Definitely the one that will go down in history as our version of Ali-Frazier.”

Fertitta: “It really was our first what I’ll call ‘mega event’ that shot way past over a million buys, which is really the benchmark for whether or not a fight is a mega event.”

Fertitta: “Tito was the champion. Chuck was a guy that was a faithful friend but at the same time Tito had what he wanted, which was the belt. He made no bones about it. Tito took it very personally. And a rivalry was born.”

Fertitta: “That’s really what drove UFC to becoming the sport that it is today. Guys like John McCain and other politicians holding the previous owners’ feet to the fire. You had to have to structure around it. That was an obvious tipover point with UFC. We’re glad John McCain won that one.”

Fertitta: “A lot of it had to do with their personalities – (Ortiz) was young, he was brash, he was irreverent. Ken Shamrock was a guy who was well-respected, had accomplished a lot in this sport.”

Fertitta: “It’s one of those perfect storms.”

Get the full article from The Star Phoenix: http://www.thestarphoenix.com/life/owner+reflects+bouts/6944072/story.html#ixzz20zglkk5Q

Stay tuned to BJPENN.com for the latest UFC and MMA news.