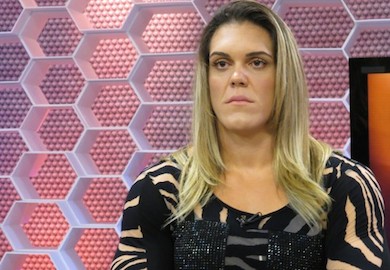 Ronda, who was recently quoted, stating she can beat any and all female BJJ fighters in a gi or without, is now being asked to back up those words by the world’s most fearsome ladies.

Michelle Nicolini, Seven-time world champion: “She was quite disrespectful. Not even the best Jiu-Jitsu competitors would say something like that. No one is unbeatable. I would fight her and would do my best to represent all women in Jiu-Jitsu that felt bothered with her comment. If she is that good, she should register for the Worlds. Talk is cheap when you never show up.”

Beatriz Mesquita, 2014 lightweight and Absolute world champion: “First of all she is dead wrong. I don’t think she can beat any of the current black belt world champions. The skill level is so high and all she knows is that armlock. She is a great judo fighter, but in a Jiu-Jitsu match all you have to do is pull guard and her judo is done. I’d love to be in a fight with her. Maybe the people at Metamoris would like to promote a match like that. Jiu-Jitsu is much more than an armlock. It’s a lifestyle.”

Gabi Garcia, Eight-time world champion: “I rather believe she didn’t know what she was saying. It’s not possible for someone to display such a lack of humbleness. She disrespected Jiu-Jitsu as a whole. The first quality of a champion is to be humble and to respect others. As my Professior Fabio Gurgel said, I’m ready and at her disposal to fight her under any rules, with or without gi.”

Hannette Staack, Seven-time world champion: “Personally, I think Ronda has no idea of what she is talking about. I’m sure she would think twice before accepting any challenge from a BJJ champion. I would love to have the chance to change the way she thinks about us. I’m sure she says that to get people’s attention, once not even the fight against Cris Cyborg she agreed to. I would fight her under Jiu-Jitsu rules or even Metamoris rules. Judo is a wonderful sport that has all my respect, but when you are a specialist in something, like we are in Jiu-Jitsu, things get a lot more complicated. I don’t doubt she would be a very tough opponent, but that’s our field and we demand respect.”

Janni Larsson, 2014 heavyweight world champion: “I am sure that Rousey can beat a lot of good Jiu-Jitsu players. I am not sure if she can beat the women in the bigger weight classes in IBJJF. I have a hard time believing that a girl at 60-70 kg can armbar Gabi Garcia, but I am not saying that it is impossible. I do believe that Rousey would do well in IBJJF if she knows/learns the IBJJF rules. If she feels that she needs to prove herself to the world she can start attending IBJJF competitions. I don’t really see the point in doing this though, she is currently the best in her weight class in MMA and she doesn’t have anything to prove. I am not sure how a BJJ-match between her and me would go. I am however confident that she would kick my ass if we met in a MMA fight.”