Home » UFC NEWS » Erick Silva vs. Dong Hyun Kim Reportedly In The Wo... 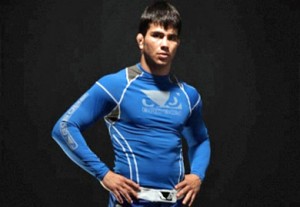 The Brazilian media is reporting that a welterweight bout between Brazil’s top prospect, Erick Silva and Dong Hyun Kim is in the works for what is likely a Fox Sports 1 event in early October.

Silva last saw action at UFC on FUEL TV 10 with his ‘Submission of the Night’ victory over Jason High. Outside of an erroneous disqualification loss to Carlo Prater, Silva’s only true UFC defeat was at the hands of Jon Fitch in a very close fought decision that awarded both fighters ‘Fight of the Night’ honors.

Kim last saw action in March against the very tough Siyar Bahadurzada who he won a unanimous decision victory over. It marked his second straight win inside the Octagon after suffering a muscle spasm against Demian Maia and being forced out of his UFC 148 bout in the first round with a TKO loss due to injury.

This fight has yet to be announced or confirmed by anyone in the UFC, so trust this report with a grain of salt while we try to gather further details.