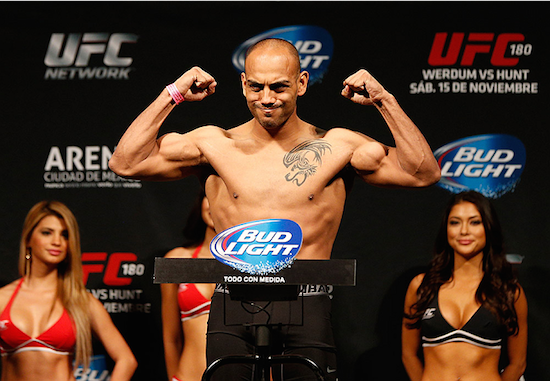 After today’s UFC announcement of the Sage Northcutt and Cody Pfister bout being added to UFC Fight Night 80, a fight originally scheduled for the December card has been moved to January.

Both fighters are coming off losses and look to get back with a win. Garcia suffered a submission loss to Hector Urbina at UFC 180 in his last fight while Westcott last fought to a decision loss to Pawel Pawlakat UFC Fight Night 64.