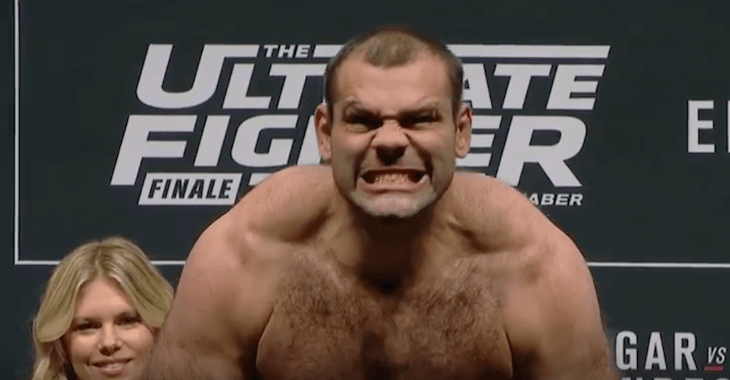 Last night at the TUF 22 Finale Gabriel Gonzaga picked up a decision win over Konstantin Erokhin.

The win was the 12th under the UFC banner for Gonzaga, who now is in 3rd place for most wins in the heavyweight division, however it was his first win in the UFC by decision.

After the bout he revealed that Erokhin was “really slippery,” and Gonzaga even wonders if Erokhin greased to make himself more slippery.

His words, via MMAJunkie:

“When I got to the ground, he was really slippery, maybe from some oil or something,” Gonzaga said. “But I tried my best, and I got the victory. I think it was a good victory because the guy was really tough, and if he knocked me out, nobody would remember (me) anyway.

“Better to win by the rules than lose by knockout.”

Some pretty harsh allegations. Only time will tell if anything comes of them.