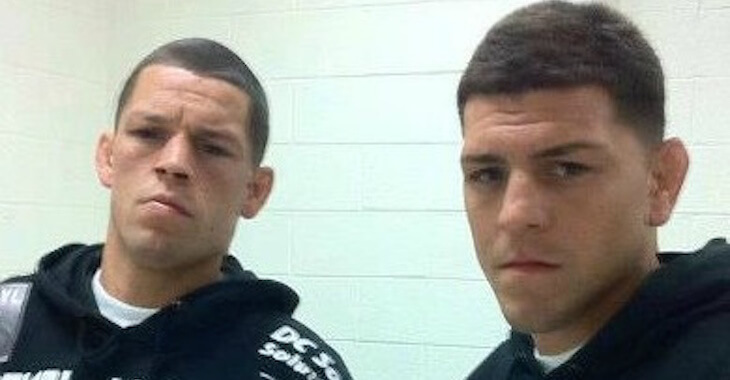 It’s still pretty crazy to think that Nick Diaz’s White House petition was able to get its 100K signatures, and then some. I mean, we all know that MMA fans love them some Nick Diaz, but just think about that. 100,000 people decided to take a few moments and sign a petition supporting a UFC fighter. Has anything like that happened before? I don’t think so.

So congratulations MMA world, you made history.

After the huge achievement both Nick and Nate Diaz took to Twitter to send out thank you’s to all the 100K + people who joined the #FreeNickDiaz movement.

Now we’ll wait and see what Obama has to say about this controversial suspension. Eh, maybe not Obama, but the White House Staff will most likely issue some kind of response.

Nick Diaz last saw action against Anderson Silva in a closely contested bout he lost by way of decision. Nick is a former Strikeforce champion, who for his part, has awed fans for years inside the cage.

The open cannabis user has failed drug tests three times over the course of his career, which gave the NSAC all the ammunition they needed to sentence him to the most lengthy suspension in our sport. It didn’t help that Nick refused to answer any questions by the NSAC, pleading the 5th amendment during his official suspension hearing, in Las Vegas.

The completion of the petition is a small victory for the Diaz camp, who will seek out an overturning of the Nevada State Athletic Commission punishment. The five year suspension is the longest term handed down to a UFC fighter, outside of Wanderlei Silva, who received a lifetime ban last year for fleeing his gym in the presence of random drug testers. Silva has since fought the suspension and won, getting turned back to the NSAC for a second suspension process.