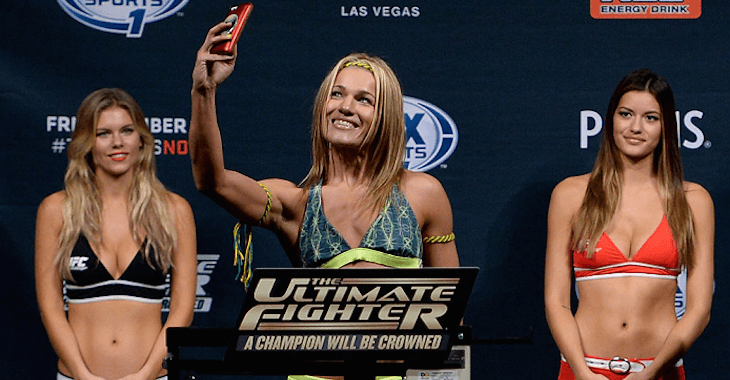 Paige VanZant’s meteoric rise toward the top of her division could have been cut short when she stepped into the octagon with fellow UFC strawweight Felice Herrig. Herrig may not have the most impressive UFC record to date, but she was a legitimate and actual test for VanZant in April at “UFC on FOX”. The fact that VanZant dominated such a veteran of the game was as impressive as Herrig’s lackluster performance was confusing.

It never looked like Herrig kicked it into second gear when she fought the twenty year old phenomenon and there’s a good reason why: Herrig was crippled with anxiety and demons hindered her performance that night.

“I lost motivation to go to the gym, and all I used to care about was training and fighting,” Herrig told Fox Sports. “So I thought maybe I’m getting older and I’m just losing the hunger. I was more sore and the sleep was a big thing for me because I never felt rested.”

Herrig continued, “I always felt I had to top everything so it was always more stress… Not just about training but on top of that, it was my weigh-in outfit and my social media and my brand and my image. It got to be so much.”

Herrig started playing mind games with herself and this is a sport where you have to be 100% in tune with what is going on fight day. As her manager Brian Butler put it best, “She started playing with the demons in her head.”

“What if I don’t beat her? What about these media obligations? So she gets into that fight and she basically comes out like a bat out of hell in the first minute of the fight and then after that her energy was gone,” Butler continued. “She couldn’t throw a jab. She was barely able to pick herself off the ground.”

Herrig has yet to sign on for another fight with the UFC, but she is expected to make a return to the octagon in December or January. Who would you like to see the strawweight face in her return? Share your thoughts in the comment section below!