Home » UFC NEWS » Demian Maia vs. Mike Pierce In The Works For Brazi... 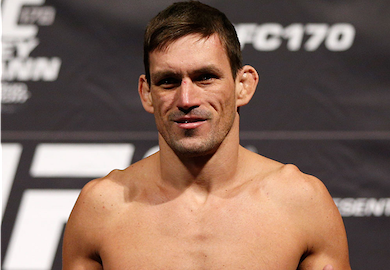 According to recent reports on UFC tonight, a welterweight bout between Demian Maia and Mike Pierce is in the works for the UFC’s return trip to Brazil in May.

The event, scheduled for May 31, is to serve as ‘The Ultimate Fighter Brazil — Season 3 Finale’ and will feature, coaches, Chael Sonnen and Wanderlei Silva in the evening’s headlining slot.

Demian Maia last saw action in a losing effort to Rory MacDonald in February. It was a costly setback that took him out of the immediate welterweight title hunt. Now on the heels of a two-fight losing streak, Maia goes into this bout in much need of a victory.

Mike Pierce last saw action in October, 2013, when he fell victim to an over-eager Rousimar Palhares and got his leg nearly snapped in half after tapping several times in submission. The defeat marked his first in five-fights.

Despite the setback to Palhares, one of his most notable fights inside the UFC saw him split judges scores in a losing effort to current champion, Johny Hendricks.

While not officially announced by the UFC, this bout is expected to go on as reported.