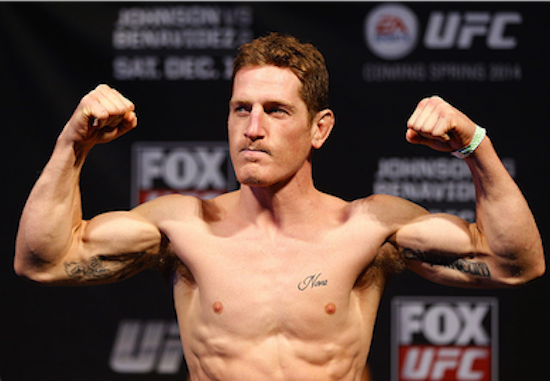 Former UFC lightweight fighter Mac Danzig recently spoke with MSNBC about a number of topics including the recent class action lawsuit filed against his former employer.

The now retired Danzig doesn’t feel like the UFC has supported the mixed martial arts industry, his words:

Basically, they’ve created an industry on their own success, but they haven’t supported the industry, they’ve only supported themselves as a corporation. There’s two sides to this story. I mean, on one hand, this sport was very underground, it was dying, it wasn’t receiving any kind of publicity, and they were the ones who went out of their way and stuck their neck out there as business people; took the chance to build this and lost a lot of money in the beginning, doing it.

And now that they’ve become this big though, they’re holding on to that and pretty much… If you listen to what the class action… If you listen to what a lot of these fighters are complaining about, it’s that there’s no other chance for them to compete in any other organization and to continue to use this trade that they’ve acquired as professional athletes, as professional fighters, if they’re not in the UFC.

The analogy I use with the UFC is, like, they’ve created this sport, to a large degree, but they need the fighters. And, you can’t abuse what you’ve created, you know what I mean?
…
Basically, you need the fighters, and if you give the fighters an opportunity to do this, and to make a living off this, you’ve created an industry. And you’re also, at least in my feelings, you should have the moral responsibility to not completely destroy every other competitor.

Danzig also touched on the fact that the UFC has basically gone out and purchased every true competitor they’ve ever had in the past, and predicts it could happen again in the near future:

Basically, you enter into an exclusive contract. So, there’s no chance, once you’re involved with the UFC and they keep you under contract, there’s no chance for you to leave and compete under any other organization.
…
There’s always one or two, but here’s the issue: These second place organizations that are out there and have been out there, they’ve been bought out by the UFC at every chance that the UFC has gotten. The only reason why the number two organization out there has not been bought this time is because it’s being owned by Viacom. Which is a very large organization and they don’t seem to mind losing a little bit of money right now and keep promoting it. But, as soon as they’re interest fades, I’m sure the UFC will absorb the organization.