Home » UFC NEWS » Dana White: The Blackzilians Have Some Work To Do ... 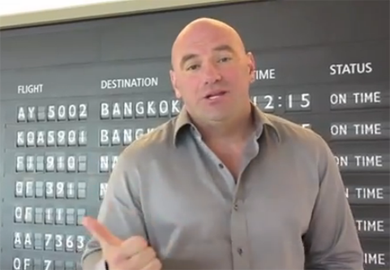 “Blackzilians didn’t represent [at UFC 156]. It was a bad night for them. In the first round, [Overeem] was running into a clinch. He wasn’t throwing anything. Running into a clinch, his hands were down by his knees. Yeah, it was a weird fight.

“I don’t know if he thought he could out-slick him and … I don’t know what he thought. He looked terrible. Both of them looked out of shape. Rashad did nothing but this all night (mimics catching jabs with hand). They had a bad night. They probably got to reevaluate some things in their camp.”