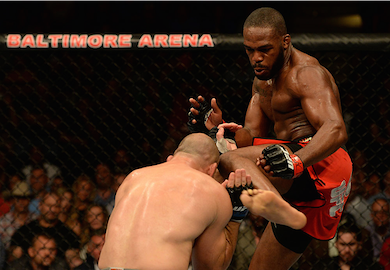 “I mean, people are always going to go overboard with Jon Jones because they don’t like him.

“It’s not just taller fighters. Jones has that range and he can do it, but lots of guys do it because that’s how you block punches. So you keep your hands open and you slap punches down. Then guys are rushing in and you’re doing whatever, and guys get poked in the eyes.

Dana White recently told MMAJunkie.com that people are overreacting to the eye-pokes delivered by Jon Jones at UFC 172.