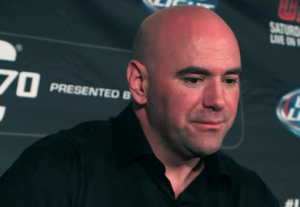 “The crazy thing about talking about this is there is no negotiations or anything like that. She’s a 145-pounder. She’s being mismanaged. She’s been mismanaged since the day that this whole thing went down, and she will continue to be mismanaged right until her career is over.”

Cris is doing everything she can to get rid of White’s excuses, but will her new choices in management be another sore spot for the UFC boss?