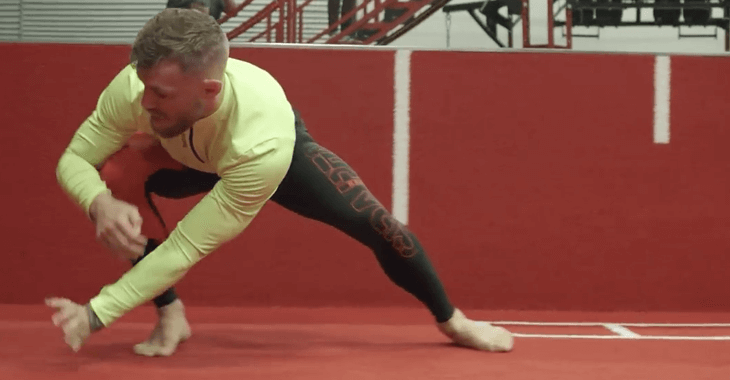 Many were questioning Conor McGregor’s training techniques methods prior to his bout with Jose Aldo at UFC 194. In particular, his movement training with movement coach Ido Portal. After the quick 13-second knockout win over Aldo, many were quick to jump on the movement training bandwagon with the highlighted accomplishment.

Portal was a guest on the MMA Hour and humbly spoke about his role and McGregor’s success (transcribed by Bloody Elbow):

“Yeah, I became aware of it, but I did not let it diffuse me in any way,” he told Ariel Helwani on The MMA Hour. “And if you can’t stand the heat, stay out of the kitchen. It was about coming and supporting and putting full throttle behind it, although the amount of work we got to do was minimal for me. A week-and-a-half here, and another few days in Dublin â that’s nothing to blame or to really take credit for, yet. They are a small chain of decisions, decisions that must be made right. And I was a part of those decisions. What to take, when to do, what to do, what to not do. It’s a huge part, what to not do in training, in a session. Keeping them fresh, keeping them in tune, keeping the body very soft, which is very misunderstood.”

Portal’s spotlight is shining brightly after his unique technique training was highlighted through the media. With McGregor’s success, many are seeking Portal’s help.

“Right now everything is open, and [McGregor and I] haven’t really discussed things yet,” he said. “We’ve worked with some fighters before, and we have a lot of incoming requests from anywhere and everywhere. It was the, this week was the center attention for pretty much everyone. I got some NBA players, some NFL players reaching out. Tony Robbins reached out.”

Is movement training the new dynamic to finding success in MMA? Share your thoughts in the comments.