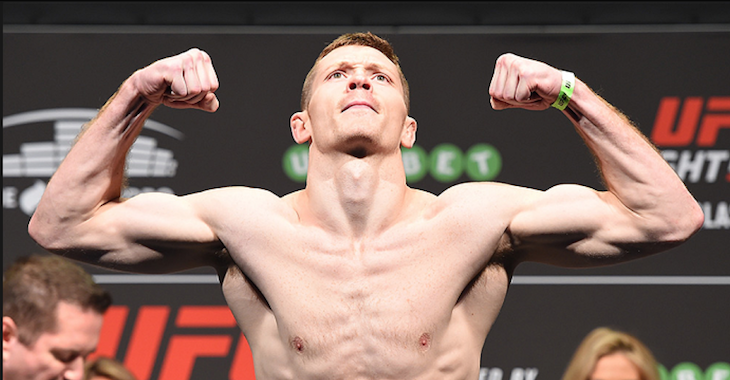 Joe Duffy made headlines with the moment his signing with the Ultimate Fighting Championship was announced. It isn’t rare to see a new UFC signee gain momentum before he ever steps foot in the octagon as long as their record or highlight reel is impressive, and Duffy’s surely is.

“Irish Joe” possesses a victory over UFC Interim Featherweight Champion Conor McGregor and fans have been clamoring to see a rematch the moment Duffy won his debut. Their bout took place at Cage Warriors in 2010 and McGregor lost in just thirty-eight seconds by way of submission. If they were to meet again now, Duffy still believes he could beat him just as quickly.

“I believe I can take Conor out just as quickly,” Duffy told MMA Fighting. “Everyone else has noticed Conor has greatly improved, and so am I. Everything Conor does, I feel can beat him at, he uses more kicks. I’ve been doing taekwondo since I was five. There’s not an area I feel he can beat me.”

Of course, Conor McGregor has improved tenfold since his fight with Duffy in 2010. He is riding one of the more impressive streaks in the octagon and is lined up to face Jose Aldo in one of the biggest UFC fights in recent memory at UFC 194 in December. How far from a fight with McGregor do you think Joe Duffy is from challenging McGregor? Should Duffy drop down to McGregor’s featherweight, or should Duffy welcome McGregor to lightweight when he makes the jump?