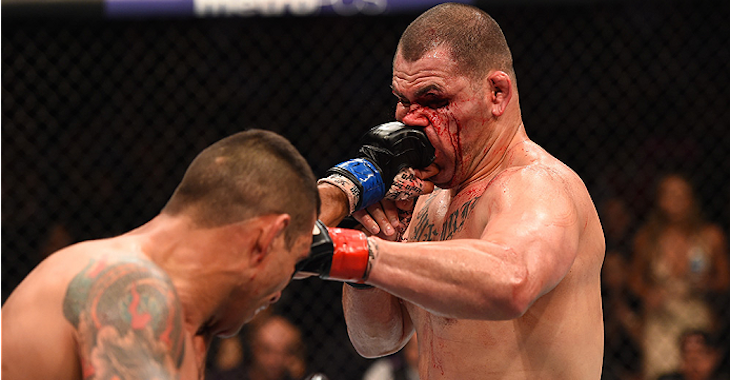 “Werdum fights Cain Velasquez 10 times, he wins 10 times. I think people should stop finding explanations for results. If you lost, you lost, go back to the gym and train. It’s a sport. Got a bad result? Train harder. The altitude was the same for everyone.

“The fight was announced and everybody knew they would have to deal with altitude, so go there one month earlier. But even if you go there one month before, that’s not a guarantee that you’re going to win. You have to be prepared to fight. We always believed in Werdum, and today he proved he’s the best fighter on the planet.”

Fabricio Werdum’s coach, Rafael Cordeiro, spoke to MMAFighting about Werdum’s win over Cain Velasquez and the reasons that came up afterwards, like ‘Cain wasn’t used to the altitude’ and what not. He believes Werdum could get the job done anywhere they fight. What say you?
Chad Mendes Strips, Gets VanZant Flustered During Important Interview — WATCH!