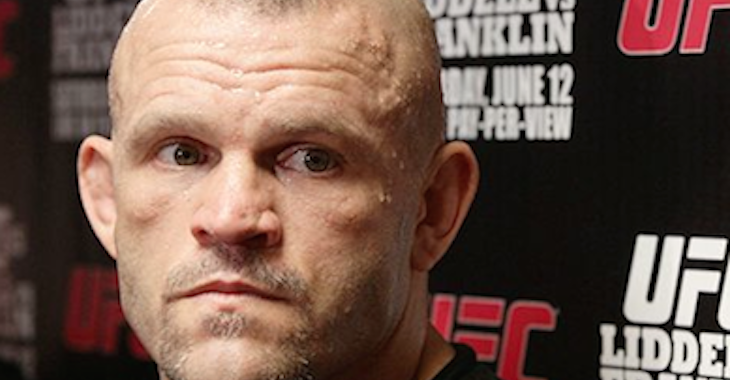 As if going into your opponents home country for a professional MMA fight isn’t intimidating enough, try having his manager double as the referee for the bout.

That’s exactly what happened to Chuck Liddell back in 1998 when he traveled to Brazil for his 2nd professional MMA fight against MMA legend Jose Landi-Jons.

Liddell recounted the story to Joe Buck on ‘Undeniable with Joe Buck’ however MMAJunkie has the transcription:

“That was an interesting trip. Back then everyone was talking about the crowd and it being dangerous fighting down there because there were riots in the crowd and all that stuff. I went down there and it was my third mixed martial arts fight. We get in there and everyone is getting out of the ring and I looked at my trainer and said, ‘Is that his manager right there?’ ‘I think so.’ ‘Oh!’ His manager was the referee. I was like, ‘This ain’t sounding too good.’”

“It was one 30-minute round. Bare knuckles. Everything was legal; groin strikes were legal. No Eye gouging, no biting and no grabbing the ropes – oh, and no oil. You couldn’t put oil on. Those are the rules they had. It was really interesting actually.

“They had a net – it was in a ring and they had a net from the bottom rope down to the apron. By the end of the fight, I had him stuffed underneath that thing and I was leaning out and hitting him through the net. There was blood dripping off me, it was pretty funny.”