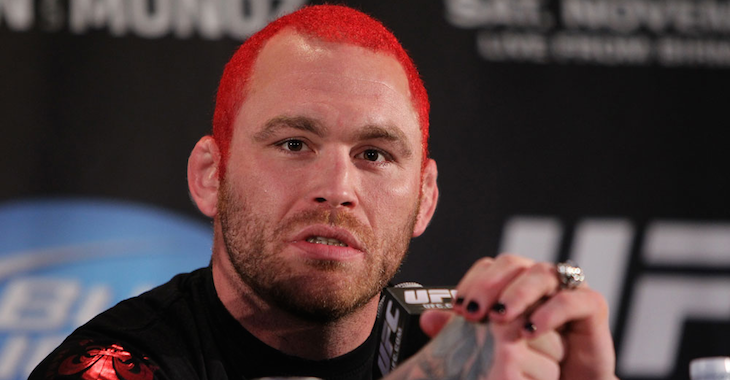 At his arraignment, Christian Leben, 35, admitted to felony possession of an assault weapon, misdemeanor vandalism and misdemeanor violation of a temporary restraining order.- via NBC San Diego.

Leben, also known as “The Crippler” in MMA circles, will likely get probation at his Aug. 31 sentencing, according to prosecutors.

This article appeared first on BJPENN.COM
Previous articleStill Talking? Bethe Correia: ‘Rousey Will Be Dethroned In 2016’
Next articleUFC Fighters React To Rousimar Palhares Being Stripped Of Title
© Newspaper WordPress Theme by TagDiv