Chael Sonnen: “Everything about Wand is real” 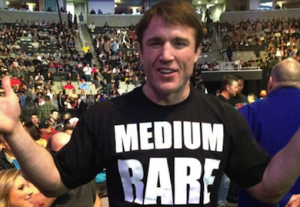 Deep in the heart of Brazil, Chael Sonnen, and his coaching staff are engaged in a heated season of ‘The Ultimate Fighter’.

According to reports, they’re even a bit fearful down there in enemy territory.

‘The Oregon Gangster’ had UFC Tonight Analyst, Ariel Helwani, pass on the following message to the fans during last night’s broadcast.

“It’s real. Everything about Wand [Silva] is real. Well, except his eyebrows, forehead and record in PRIDE”