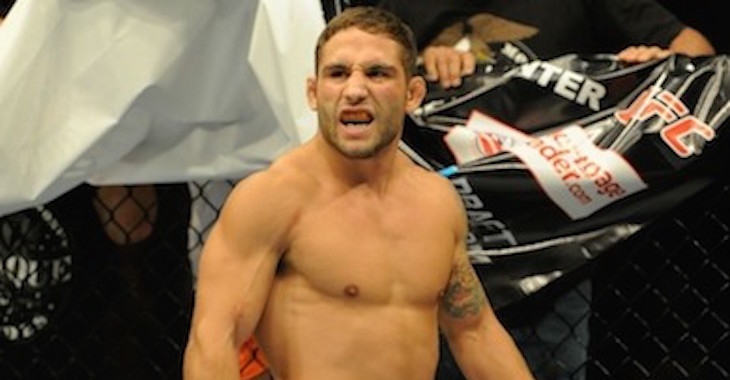 Chad Mendes will battle Conor McGregor for the interim UFC featherweight title at next weekend’s UFC 189 event in Las Vegas.

“Money” has been a target of McGregor’s trash talk in the past and says that he is taking their July 11 fight personally (via MMAFighting):

“I mean, the short sh*t, I don’t give a sh*t about that kind of stuff, I’ve been short my whole life. But, for me it was we had to do an interview right before my Aldo fight and he was talking about putting balls on my head and just being very unprofessional. This is something that, that made it personal. And for me, you don’t f**king do that. This is the fight game, where somebody could get seriously injured, and that’s what I’m looking to do when I get in there against Conor McGregor.”

Mendes went on to give his own bold prediction for his fight with McGregor:

“Yeah, Conor I’m going to give you a little more respect buddy,” he said. “I’m going to finish you within the first three.”

Mendes is confident that he can stand toe-to-toe with McGregor and also feels that he has more ways to win than the brash Irish fighter:

“I think my striking is going to be great,” he said. “Conor’s never faced anybody like me before. I have the athleticism, the strength, the power, the speed, and I have wrestling to put him on his back to finish this fight. This fight is mine.”

How do you think the Mendes vs. McGregor fight will play out at UFC 189? Sound off Penn Nation!