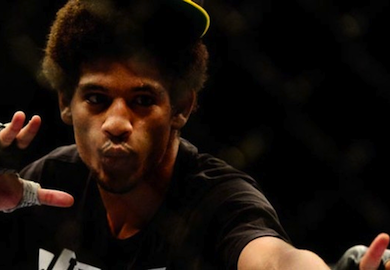 UFC officials have booked an exciting bantamweight bout in the form of Alex Caceres vs. Mitch Gagnon. The two will face off in December during the UFC’s return trip to Australia.

UFC Fight Night 33 is set to go down on Dec. 7 from the Brisbane Entertainment Centre, in Brisbane, Queensland, Australia. A heavyweight bout between Mark Hunt and Antonio Silva headline the card.

Gagnon has come back strong from his promotional debut defeat at the hands of Bryan Caraway with two straight wins. The bantamweight submission artist has secured victory in his last two UFC bouts against Walel Watson and Dustin Kimura. In three UFC fights he has received two ‘Fight Night’ bonuses.

Caceres was made popular during the 12th season of ‘The Ultimate Fighter.’ The 25-year-old fighter has put together four-straight victories inside the UFC’s Octagon since opening his stint with the promotion at just 1-3.