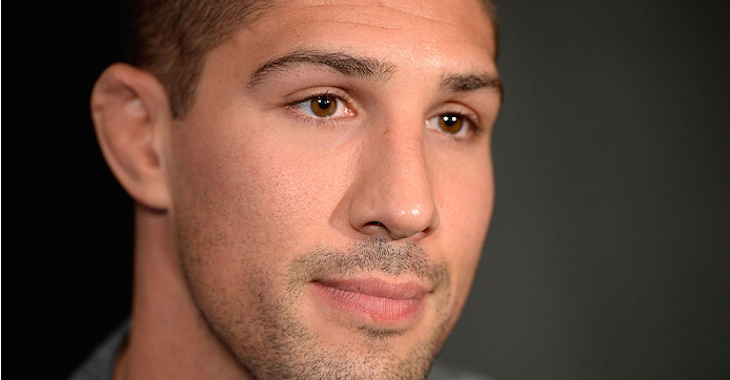 Brendan Schaub hinted at it on a recent episode of “The Joe Rogan Experience”, but it looks like he just made it official: Schaub is hanging up the gloves for good.

The heavy hitter first appeared on UFC television as a contestant for the tenth season of “The Ultimate Fighter”. Schaub was lumped in a high-tension house with the likes of Kimbo Slice and Matt Mitrione and his personality shone through several times throughout the season. “Big Brown” tore his way through the competition and met Roy “Big Country” Nelson in the finals of the tournament, where he suffered a devastating knockout.

Schaub rebounded quickly, however, and went on a four fight win streak picking up victories over likes of Mirko Cro Cop and Gabriel Gonzaga. From there, Schaub struggled to pick up THE win that would put him over the next level of competition.

Brendan Schaub was also making a lot of money off of sponsors and when the Reebok/UFC deal was signed, he would be losing over $90,000. In the end, Schaub decided it would be in his best interest to leave the fight game behind in favor of other projects. Schaub released a statement on his Instagram which you can see below:

Life is like a book, as one chapter ends another one begins. Wish I could thank everyone of you personally (I’ll do it on my podcast) who ever watched me fight, From small shows in Denver, TUF, all the way to the UFC. What a crazy ride. There’s too many coaches & teammates to mention, you know who you are. Thanks for the continued support. I feel like things are just getting started for me. I Love everyone of you. Ciao, Big Brown