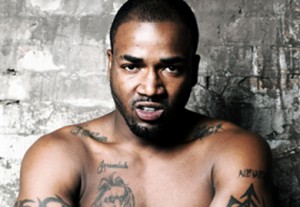 The Ultimate Fighting Championship announced today via Twitter that lightweights Bobby Green and Danny Castillo will fight on UFC on Fox 8 in Seattle.

Strikeforce lightweight import Bobby Green (20-5) is coming off a Submission Of The Night victory against Jacob Volkmann at UFC 156 that saw Volkmann released from the organization to sign with World Series of Fighting. Green will look to extend his five fight win streak against the 15-5 Danny Castillo. 7-2 in his last 9, Castillo most recently defeated Paul Sass by unanimous decision in February. His last two losses came at the hands of Michael Johnson and Jacob Volkmann.

UFC on Fox 8 takes place on Saturday, July 27 at the KeyArena in Seattle, Washington. No main event has been set, but other confirmed bouts include lightweights Melvin Guillard (30-12) vs Mac Danzig (21-10), and a number one contender match in the lightweight division between Jake Ellenberger (29-6) and Rory MacDonald (14-1).