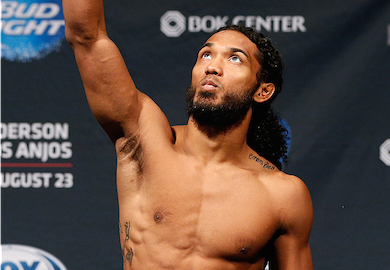 Former UFC lightweight champion, Ben “Smooth” Henderson, is looking to leave his division home to test the waters in the UFC’s welterweight division.

According to the report, the former champ will look for one more bout at lightweight, then try to make another title run happen in the UFC’s welterweight division, before retiring at age 33.

Benson Henderson last saw action in August, against Rafael dos Anjos. He lost the bout via KO in the first round of action.