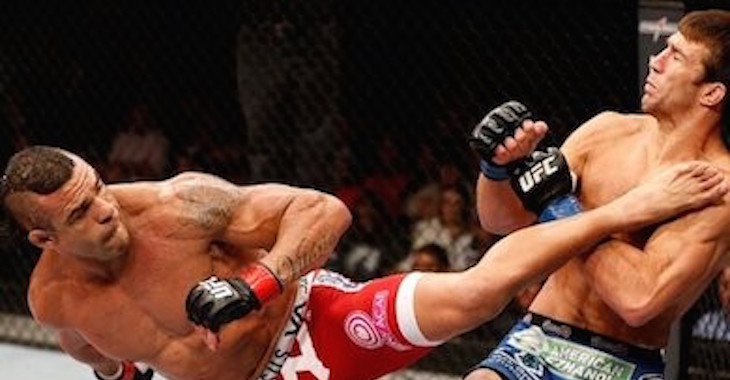 While Chris Weidman and Luke Rockhold chirp between each other about who is going to take home the UFC Middleweight Championship, Vitor Belfort has been quiet leading up to UFC 187. Now, with the recent news and uprising amongst UFC fighters about the Reebok pay structure, Belfort is breaking his silence and actually has a meaningful message.

In a recent interview with Combate, Belfort broke down his pay situation and applied it to the Reebok deal. “One day my son asked me how much money I made. I thought about it and told him I earn more than I need and less than I deserve. And that’s how I see it.”

Belfort continued, “More than I need and way less than I deserve. I believe in it, that’s how I see how much I’m worth. That’s life no matter if you agree with it or not. The important thing is to honor your work and do it as if you earned more than what you do. I always tell my son that if he works hard and gives his best, someday he’ll be noticed. That’s how I think.”

Vitor Belfort earned $325,000 when he knocked Hendo’s block off in his last octagon outing. Regardless of if he needs it or not, that’s a nice chunk of change.