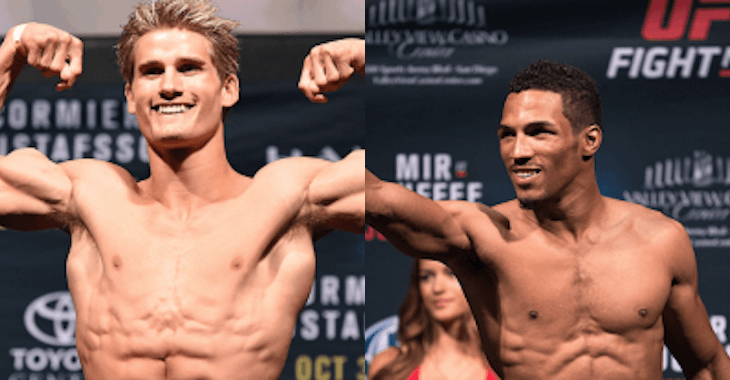 Well that didn’t take long. We knew that after UFC lightweight Sage Northcutt’s debut and instant stardom, that other fighters would probably be coming forward, looking to get a fight with the 19 year old phenom and one of the first to step up is fellow 155’er Kevin Lee.

The fighter took to Twitter and while talking about Conor McGregor decided to throw a shot at Northcutt.

Lee said that he respects McGregor’s hustle, especially since he backs it up, but he doesn’t feel like Northcutt has done that yet, so he shouldn’t be given any special treatment.

Hmm, that’s a tricky one. Northcutt hasn’t fought a big name or even someone people would consider top talent. But, he did make his UFC debut at 19 years old and completely destroyed a guy with some good experience. So should we be crowing him the greatest of all time? No, but we should’t be bashing the guy either. Oh well, let’s just let these two fight and see what happens.

I never hate on a mans hustle. McGregor deserves it, he put in the work. Sage has not. He don't deserve shit https://t.co/z2iaGOWzn1