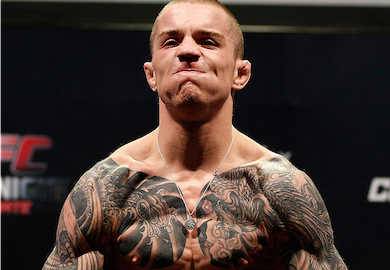 TUF Alumni Andy Ogle will be squaring off with Maximo Blanco at UFC Fight Night 42 in Berlin on May 31st. This will be the UFC’s second trip to Berlin, and the event will be aired exclusively on UFC’s new Fight Pass. The card will be headlined by middleweights Gegard Mousasi and Mark Munoz.

Blanco has gone 1-3 in his UFC career, with his most recent loss coming in February of this year against Felipe Arantes, he will be riding a 2 fight losing streak into his fight with Ogle.

Andy Ogle on the other hand has gone a similar 1-3 in his UFC career since being eliminated from TUF: Live in the semifinal round by Al Iaquinta.

This is a potential win or go home situation for both fighters, and fans can expect both men to come out looking to prove they deserve a spot on the UFC’s shrinking roster.

This article appeared first on BJPENN.COM
Previous articleVIDEO | Jim Ross on Brock Lesnar: ‘I Thought the UFC Was His Calling’
Next articleDavis Ready To Fight Glover, Thinks Jones Will Pull Out
© Newspaper WordPress Theme by TagDiv