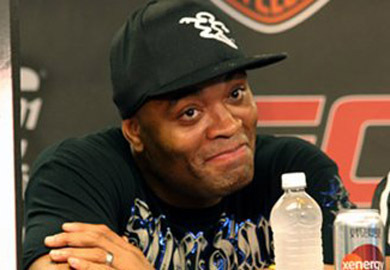 “It would be a crime for Anderson to try and fight at 77kg. He could maybe make the weight but the physical loss that he would suffer would be too much.”

“We have to respect St. Pierre, who besides being a great fighter is a monster physically. The Canadian would get a considerable conditioning advantage if they fought at welterweight division limits.”

“For me this fight should happen at 80kg (176 lbs), since that would already be a sacrifice for Anderson. It would be his first shot at this weight and we would have to implement a very specific work for him to be able to perform at 100% of his capacity.”

“Currently Anderson has been weighing 92-94kg (203-207) because he’s been thinking about this dropping weight to take GSP on. Anderson losing 3gk and St-Pierre going up 3kg would be more fair for both of them and for the public, who would watch a great fight.”

– Anderson Silva’s personal physician tells Fighters Only Magazine that his athlete should not take a fight at 170 pounds.