Anderson Silva Not Sure He Will Complete UFC Contract 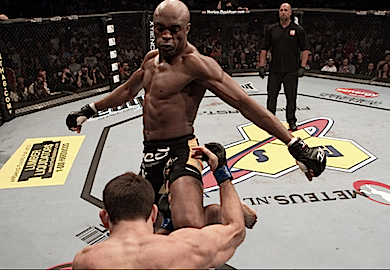 At 39 years-old, former UFC middleweight champion Anderson Silva isn’t sure he’s going to want to live out his UFC contract, which has eight more fights on it.

Silva broke down his thoughts on the lengthy deal to The Brazilian Press:

I have eight fights to do yet in my contract. I want to do all these fights but I don’t know that I will be in the mood to do this. For now, I’m very excited, I’m going through a renovation phase. It’s going to be nice for me do what I love when I be back to fighting.