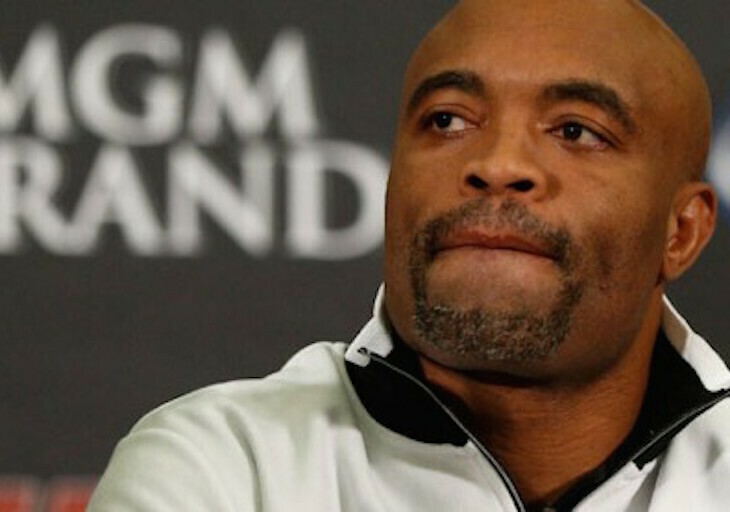 Anderson Silva has always been firm in his stance when it comes to the potential of fighting training partners Lyoto Machida and Jacare Souza. He once stated that he would rather give up fighting than step into the octagon with Lyoto Machida. Machida, on the other hand, has changed his view on the subject and would be open to fighting “The Spider”.

Anderson Silva voiced his displeasure with the statements Machida and Souza have recently made during Thursday’s UFC 183 conference call . As transcribed by MMAFighting’s Shaun Al-Shatti, Silva stated, “When I go to talk to people for media, I say, ‘I no go fight Lyoto because he’s my friend, I no go fight Jacare because he’s my friend.’ But when those guys go and talk to the media, Lyoto says, ‘I go fight Anderson because I go fight.’ Jacare says, ‘I go fight because I go fight, because I’m a fighter.’ But my opinion, I don’t like the positions that Lyoto and Jacare (are taking), because I don’t go fight these guys. Because I’m training with Lyoto for a long time, sometimes I train with Jacare.

Anderson Silva is stepping into the octagon with Nick Diaz at the end of the month and if he walks out victorious, a bout with Souza or Machida is not out of the realm of possibilities. Even though Silva would like to avoid the bout, Machida and Jacare may be next in his sight.

“When the guys talk like this, I’m very, very, very disappointed.”