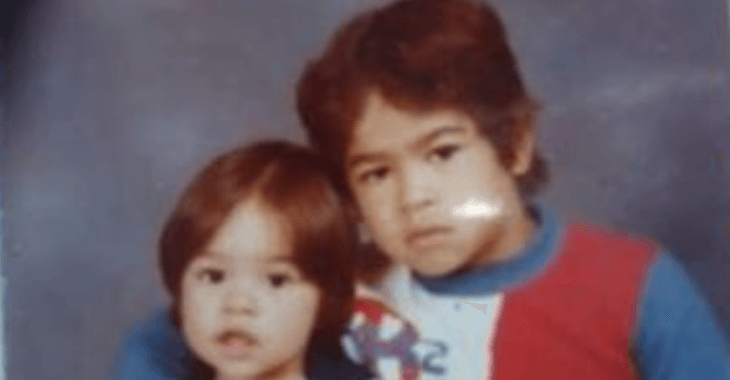 My dear god, UFC heavyweight Antonio ‘Bigfoot’ Silva has apparently always been a massive human being.

The fighter took to Instagram and shared an old picture of himself when he was a kid, sitting with his younger brother. In this picture Silva was only 6 months old……OK that’s a joke, but, he couldn’t have been that old and look at him.

He was ‘Bigfoot’ even when he was small Antonio. Imagine having to carry that kid around. Silva’s next fight will be against Mark Hunt, in a rematch, at UFC 193 on Nov. 14 in Melbourne, Australia.

Anyway, check out the crazy photo below!