Aldo vs. Edgar Rebooked For February In Vegas | UFC NEWS 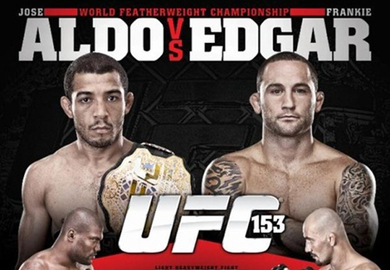 Super Bowl weekend just got a super fight booking in the form of a featherweight title bout between Jose Aldo and Frankie Edgar.

The bout is set to take place on February second at UFC 156. UFC officials have yet to announce a venue or the bouts placement on the card.

The two fighters were originally slated to main event UFC 153; however an injury forced the featherweight champion out of the bout.

Currently the Edgar vs. Aldo bout is the only announced booking for the UFC”s big show in February.