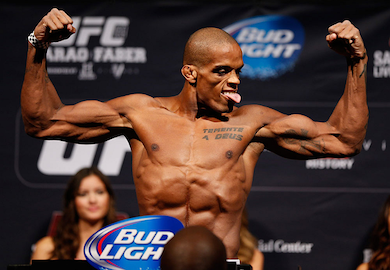 Alan Patrick has been forced out of his UFC 179 bout against Beneil Dariush on the main card of UFC 179 after fracturing his jaw in training.

“He was scheduled to compete in an ADCC match in Manaus on Sunday, but he had a small jaw fracture in training. He absorbed a huge knee in his jaw in training and suffered a minor jaw fracture, and a couple teeth went soft. He can’t recover in time to fight at UFC 179.”

Patrick is 12-0 in his professional career, and 2-0 in the UFC, with a win in his UFC debut over Garett Whiteley at UFC Fight Night 29 in 2013, and most recently a win over John Makdessi at UFC 169 in February of this year.

The UFC has yet to announce whether the bout with Beneil Dariush will be rescheduled, or if they will undergo a search for a replacement.