Alan Jouban vs. Albert Tumenov set for UFC 192 in Houston 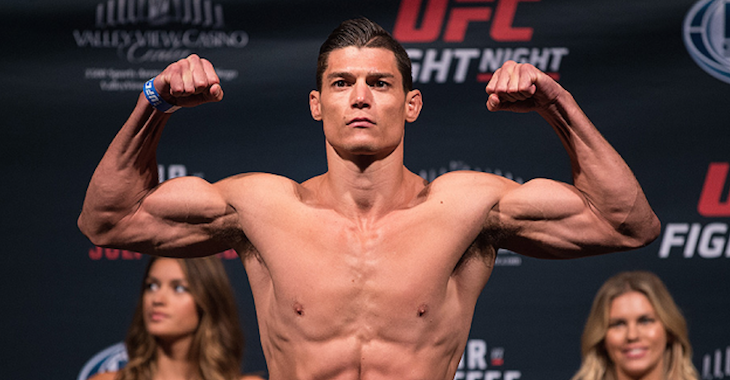 A welterweight bout between Alan Jouban and Albert Tumenov is the latest addition to October’s UFC 192 event in Houston.

UFC officials recently announced the news via the Houston Chronicle.

Alan Jouban (12-3 MMA) will be looking to extend his current win streak to three in a row when he squares off with Tumenov in Texas. “Brahma” was most recently seen in action at last month’s UFC Fight Night 71 event, where he scored a unanimous decision win over Matt Dwyer. Jouban has gone 3-1 thus far in his UFC career, earning two “performance of the night” bonuses in that time.

Meanwhile, Albert Tumenov (15-2 MMA) will fight for the first time since January’s UFC on FOX 14 event, where he earned a unanimous decision victory over Nicholas Musoke. That victory made it three in a row for “Einstein”, as he had previously scored victories over Matt Dwyer and Anthony Lapsley.

This article appeared first on BJPENN.COM
Previous articleChris Cariaso vs. Sergio Pettis set for UFC 192
Next articleStill Talking? Bethe Correia: ‘Rousey Will Be Dethroned In 2016’
© Newspaper WordPress Theme by TagDiv