Abel Trujillo Out, Maynard In Against Pearson At FN 47 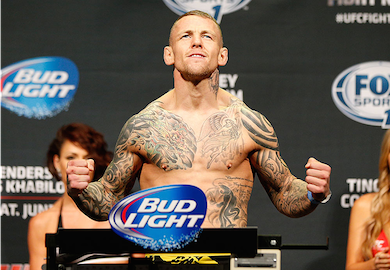 No word from the UFC yet as to what injury forced Trujillo off the card.

Pearson is coming off arguably the most controversial judging decision in the history of MMA that saw him lose to Diego Sanchez earlier in the summer.

Gray Maynard on the other hand is on a two-fight losing streak that saw him drop a TKO loss to TJ Grant in May of 2013, and most recently a TKO loss to Nate Diaz in November of 2013.

The lineup for UFC Fight Night 47: St. Preux vs. Bader is as follows: