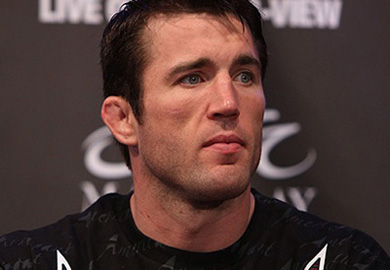 Chael Sonnen has been given the go-ahead by the Nevada State Athletic Commission (NSAC) for the therapeutic use of testosterone replacement therapy (TRT) after a brief hearing in Las Vegas this past Monday. The scheduled bout between UFC Middleweight Champion Anderson Silva and Chael Sonnen will go on as planned at UFC 148 on July 7 in Las Vegas, Nevada.

Specific conditions have to be met in order to Chael Sonnen to retain his fighter license, however. The Nevada State Athletic Commission stated that not only does he has to undergo multiple pre-fight and post-fight tests, but he also has to present his exemption papers he received for his post-suspension bouts in Illinois and Texas.

After his fight with Anderson Silva at UFC 117, Chael Sonnen’s drug test results raised some eyebrows as they came back with elevated levels of testosterone (a T/E ratio of 16.9:1). Chael Sonnen explained he was given permission to use TRT in Nevada by NSAC Director Keith Kizer, but Kizer said he had no recollection of any of these conversations taking place. With those results, Sonnen and the California State Athletic Commission went to battle in a court room where a fine was imposed and it led to Chael’s fighter license being suspended for a year.

It seems as if the Nevada State Athletic Commission is working on improving the problems with fighters using testosterone replacement therapy in their sport, as NSAC Chairman Skip Avansino offered Sonnen if he would help in an advisry capacity with TRT issues in MMA, to which Sonnen agreed.