Sara McMann: ‘I’m The One To Dethrone Rousey’ 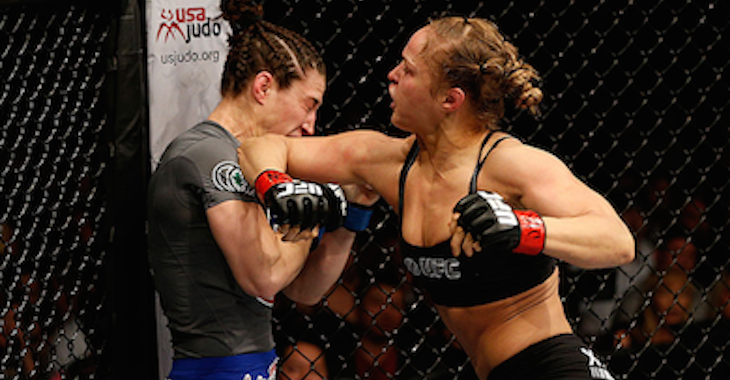 Despite having lost her first fight with Ronda Rousey via first-round TKO, former Olympic wrestler Sara McMann (8-2 MMA) still believes she will be the one to dethrone the undefeated champ.

Here is what McMann had to say during a recent interview with Fox Sports:

“Any time I lose, I want revenge,” McMann told FOX Sports on Thursday. “I want to avenge the loss, I want to go back and show I’m better than the person. I feel that towards Miesha and Ronda, but obviously the one with Ronda, that was even more controversial stoppage, so I would like that one to be first.”

“Even to this day, people keep coming up to me and they’re like, ‘That fight was stopped too soon.’ I’m just sitting and eating lunch and people are like, ‘You should be in there; you’re the one that’s going to beat Ronda.’ I was like, ‘I think so, too,'” McMann said.

“That is exactly how I feel. I think I’m the one that’s going to dethrone her.”

Do you feel the former Olympian has the tools needed to dethrone Rousey? Sound off Penn Nation!