Dan Henderson Will Most Likely Be Granted TRT Exemption In Brazil 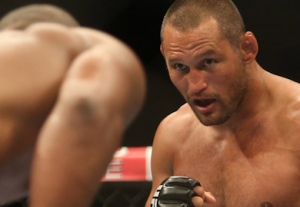 The aftershock from the announcement that the Nevada State Athletic Commission is banning TRT usage immediately is still being felt throughout the MMA world. Dan Henderson is a known TRT user and is scheduled to fight Mauricio Shogun Rua in Brazil on March 23, and it seems he wont have anything to worry about as far as receiving his TRT exemption from the Brazilian MMA Athletic Commission (CABMMA), maybe.

MMAFighting.com contacted Dr. Marcio Tannure, who is the medical director for the CABMMA. When asked about Henderson’s pending exemption and the NSAC’s decision he had this to say,

“We have (NSAC) as a mirror, but the commissions are not bounded, A decision made there doesn’t mean that we’ll agree here, or the opposite, but it starts a debate about it.”

“We already debate this subject for a long time here in Brazil. Is a controversial subject, but it’s on the rule. We may change our dealing or not. We haven’t made a decision about it yet.”

“It may change in the future like in Nevada,” Dr. Tannure said. “Will it change? I don’t know. It depends on what we think is more correct inside the sport.”

He was also asked about Chael Sonnen, who will fight Wanderlei Silva in Brazil on May 31,

“Chael Sonnen didn’t ask for it yet,” Dr. Tannure said. “Dan Henderson already requested the exemption, but I don’t know yet if he’ll be granted. I believe that Dan Henderson will get an exemption for this fight. I don’t think we’ll change it before that date. It may change in the future, but we need the debate.”

It’s not clear yet what kind of impact the NSAC’s decision will have on other commissions, but it seems it has at least pushed the debate to the forefront.