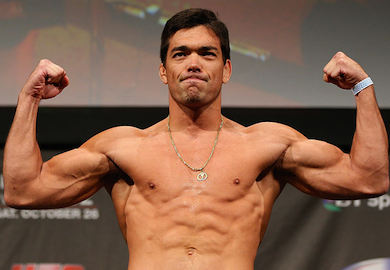 Lyoto Machida continued to tear through the middleweight division this past Saturday as he picked up a win over Gegard Mousasi. Even though Mousasi statistically outstruck his opponent, the judges still rewarded Machida with a unanimous decision victory.

Lyoto Machida had believed he injured his foot in the third round, though, and was concerned he had broken it. MMAFighting’s Guilherme Cruz has reported that negative x-rays can confirm that Machida’s foot did not suffer a break, though there is no timetable for his return.

After the bout, Lyoto Machida claimed that he was looking for a title shot as his next fight. UFC Middleweight Champion Chris Weidman will be defending his title against Vitor Belfort in Las Vegas in May, which is three months out.

Ronaldo ‘Jacare’ Souza stated that he wanted to fight either Luke Rockhold or Lyoto Machida after he comes back from surgery.